Straight from the heart of Jerusalem comes the only English talk show on broadcast radio in the State of Israel. Yishai and Malkah Fleisher, two well-known internet radio personalities, made the leap to broadcast FM radio on the new Galey Yisrael station in Israel, blazing a trail to create content for the growing segment of the Israeli public that speaks English. Here at JewishPress.com we are proud to present The Yishai Fleisher Show online for listening and for download in cooperation with Galey Yisrael radio.

Below are the links to this week’s show available for download or podcast:

Yishai and Malkah discuss the conflicts in Jerusalem between Haredim and other groups over space, how little kids should dress, and where women should sit in the bus. Are these conflicts an indication of a deep divide or the highly visible agitations of a small number of people? What is the media’s interest in reporting on these stories and is the media helping promote harmony among the Jewish people?

Yishai visits Assaf’s Cave in Jerusalem and speaks with Levy Dovid co-founder (along with Yaakov Lippon) of this new Wednesday night institution of joy and music. Yishai then speaks to world famous Jewish blues guitarist Lazer Lloyd known for his solo work and his work with the band Yood. In the second half of the segment Yishai interviews Aba Claman, founder and director of “Thank Israeli Soldiers”.

Yishai and Baruch Widen go to an alternative peace conference held by the group thebestplans.org. In this first segment on the conference you will hear some interviews on the side with participants and some excerpts from presentations given at the conference. The conference was held on 26th December at the Ariel University Center. Six authors presented their plans for the future of Israel-Palestine. The audience actively participated in rating each plan.

Yishai talks with art students at Emunah v’ Omanut Seminary. How can art/seminary students better Israel and change the world? What is the role of art in inspiring consciousness of the future Jewish reality? Yishai discusses these issues in the context of his own usage of art to promote Israel. 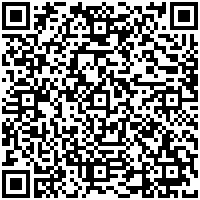