World Cheese Company, producer of Haolam cholov yisrael cheese products, and Miller’s Cheese Corp. have issued a voluntary recall on a limited amount of shredded cheese packaged in a Wisconsin plant.   The Voluntary Recall was requested by the State of Wisconsin after a different company brought into the Wisconsin shredding and packaging plant cheese that was found to contain Listeria monocytogenes. This plant also shreds and packages Haolam and Miller’s shredded cheese.

Haolam and Miller’s were instructed to issue the voluntary recall despite the fact that all of its products that were distributed in the marketplace tested negative for listeria monocytogenes. The recall is limited to products shredded and packaged at the Wisconsin facility.  World Cheese and Miller’s are exercising extreme caution by recalling all products that were shredded in the affected plant, measures that are well beyond the basic requirements by the State of Wisconsin.

Spokesmen for the kosher cheese brands emphasized that the Voluntary Recall does not involve any of the other quality cheese products produced by the companies. In a statement posted on their respective websites (www.worldcheeseco.com and www.millerscheesecorp.com), the companies noted that the Haolam and Milller’s products are produced in state-of-the-art USDA approved and monitored facilities and are not produced in the affected packaging plant, which specializes in packaging. In fact, the companies moved swiftly to make alternate arrangements. Said the companies: “By next week, stores will be stocked with freshly packed shredded products that meet the highest standards of kashrus and quality that you’ve been accustomed to receiving from us in the past. The products will be produced in a new shredding and packaging facility where we have exclusive control over the cheese that is brought into the facility.”

The statement reassured consumers that “there was no actual health danger to people who consumed the products, especially since all of our products that were distributed in the marketplace tested  negative for Listeria monocytogenes.” It emphasized that the voluntary recall is obviously not at all a kashrus issue whatsoever. In addition to its high level of kashrus, the companies pointed to their meticulous and effective quality control program which is why there has never been a recall of any of their products in nearly eight decades of the companies’ existence. 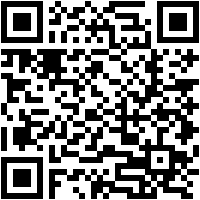