Why don’t the “Palestinians” have their own country?

Is it the fault of Israel? Of the Arabs? Of both parties?

If Israel just allowed the Palestinians to have a state of their own, there would be peace in the Middle East, right? That’s what you hear from UN ambassadors, European diplomats and most college professors.

But what if I told you that Israel has already offered the Palestinians a state of their own – and not just once, but on five separate occasions?

After the breakup of the Ottoman Empire following World War I, Britain took control of most of the Middle East, including the area that constitutes modern Israel.

Seventeen years later, in 1936, the Arabs rebelled against the British, and against their Jewish neighbors.

The British formed a task force – the Peel Commission – to study the cause of the rebellion. The commission concluded that the reason for the violence was that two peoples – Jews and Arabs – wanted to govern the same land.

The answer, the Peel Commission concluded, would be to create two independent states – one for the Jews, and one for the Arabs. A two-state solution. The suggested split was heavily in favor of the Arabs. The British offered them 80 percent of the disputed territory; the Jews, the remaining 20 percent. Yet, despite the tiny size of their proposed state, the Jews voted to accept this offer. But the Arabs rejected it and resumed their violent rebellion. Rejection number one.

Ten years later, in 1947, the British asked the United Nations to find a new solution to the continuing tensions. Like the Peel Commission, the UN decided that the best way to resolve the conflict was to divide the land.

On November 7, 1947, the UN voted to create two states. Again, the Jews accepted the offer. And again, the Arabs rejected it, only this time, they did so by launching an all-out war. Rejection number two.

Jordan, Egypt, Iraq, Lebanon and Syria joined the conflict. But they failed. Israel won the war, and got on with the business of building a new nation. Most of the land set aside by the UN for an Arab state – the West Bank and east Jerusalem – became occupied territory; occupied not by Israel, but by Jordan.

Twenty years later, in 1967, the Arabs, led this time by Egypt and joined by Syria and Jordan, once again sought to destroy the Jewish State.

The 1967 conflict, known as the Six Day War, ended in a stunning victory for Israel. Jerusalem and the West Bank, as well as the area known as the Gaza Strip, fell into Israel’s hands. The government split over what to do with this new territory. Half wanted to return the West Bank to Jordan and Gaza to Egypt in exchange for peace. The other half wanted to give it to the region’s Arabs, who had begun referring to themselves as the Palestinians, in the hope that they would ultimately build their own state there.

Neither initiative got very far. A few months later, the Arab League met in Sudan and issued its infamous “Three No’s:” No peace with Israel. No recognition of Israel. No negotiations with Israel. Again, a two-state solution was dismissed by the Arabs, making this rejection number three…. [Download the Transcript] 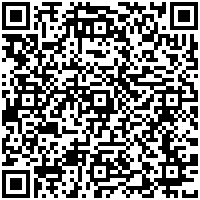