During the event, participants toasted with wine produced in Judea and Samaria and sampled goods produced in the same region, courtesy of Lev HaOlam.


Three members of the European Parliament spoke at the event. The cofounder of the Group of Friends of Judea and Samaria MEP Petr Mach (Czech Republic), MEP Fulvio Matruscielli (Italy), and MEP Branislav Škripek (Slovakia) all expressed their uncompromising support for Israel.

“For a long time people have been speaking about us, but not with us,” Dagan noted, adding, “We came here to change that and to advance the rights of Israeli citizens in Jerusalem, Judea and Samaria through this group. Nothing is easy for these Israelis. From the right to build in accordance with natural growth to the right to prompt emergency services, nothing comes easy. This is an unacceptable situation and this group will work on these and other issues from inside the walls of the European Parliament.”

Ayala, a resident of Samaria who was injured at age 11 when terrorists threw a firebomb at her car, spoke about her experiences.

Rom spoke described his organization’s efforts to fight against the boycott and BDS by distributing products from Judea and Samaria around the world. He emphasized that “the forces driving terror are the same ones that call for boycotting Israel. Communities must work together against this discrimination of Jewish products and preserve the free market. ”

Rom recalled a time when Prime Minister Netanyahu took part in preparing packages with Lev HaOlam. The Prime Minister stated that Lev HaOlam’s project is “our answer to these attempts to harm the Jewish State. We will fight against the lies spread by the boycott.” 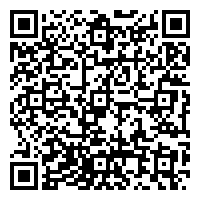