A Sweden-based Lebanese journalist, Jerry Maher, might find it difficult to feel 100% safe in Hezbollah-controlled Lebanon after conducting this interview.

He said that the state of Israel are angels compared to Hezbollah, and then describes all the Hezbollah atrocities, even going as far as comparing Hezbollah to ISIS


He said that Israel seeks peace in the region and poses no threat to Lebanon. 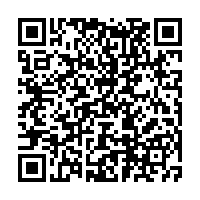