Prime Minister Benjamin Netanyahu was joined by US Ambassador to Israel David Friedman on Thursday evening (Dec. 10) for the lighting of the first candle on the national menorah on the first night of Chanukah at the Western Wall in the Old City of Jerusalem.


“This will be a very warm peace,” Netanyahu said, speaking of the historic breakthrough on an agreement to fully normalize diplomatic relations between Israel and the Kingdom of Morocco, brokered by US President Donald Trump and announced by the White House earlier in the day.

“Peace has never – the light of peace on this Chanukah day has never – shone brighter than today in the Middle East.” 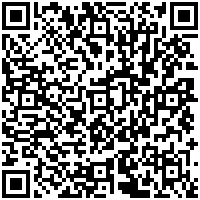