The Winter Assembly of the 20th Knesset’s second session will officially end on Sunday, April 3, 2016. During this assembly, the Knesset plenum has passed more than 110 laws, including an amendment to the Penal Code which stiffens punishments for stone throwers; a law requiring lobbyists to register for each Knesset committee session they attend, including their personal information and the entity they represent; a law limiting the pay of executives in the financial sector; an environmental law banning the free distribution of plastic shopping bags by supermarkets; a law recognizing paramedical degrees obtained abroad; and an amendment to the Entry into Israel Law that significantly increases fines and prison sentences for people who transport, accommodate or employ illegal residents.


On April 4, Knesset Speaker Yuli Edelstein is scheduled to meet with the new Speaker of the US House of Representatives Paul Ryan.

As part of the “Green Knesset” project, the Knesset recently switched to 100% recycled paper and launched a unique electronic monitor which displays, in real time, the activity of the solar field located on the parliament’s roof. During the Winter Assembly, the Knesset also took several measures aimed at increasing the transparency of its work to the general public. 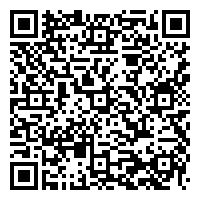