A small synagogue recently rebuilt at the site of the Givat Soreq outpost on the outskirts of Karmei Tzur was demolished by Civil Administration forces before dawn Thursday in accordance with instructions from the Defense Ministry, according to the Hebew-language 0404 website.

It was in this same synagogue that sacred texts were set ablaze two months ago by Arab terrorists, a hate crime carried out by those in nearby Halhul.


Just a few days ago, holy books had been donated to the newly-rebuilt house of worship. But by Thursday 9 am, not a trace remained of the solid cement-block structure upon which the community’s rabbi had placed a mezuzah.

Outraged residents told 0404, “Thousands of illegally-built Arab homes and other structures exist, but the Defense Minister in his ignorance destroys a synagogue established in the memory of three Israeli teens who were kidnaped and murdered (by Hamas terrorists). It’s clear that it’s worth it to continue burning – because instead of dealing with the Arabs, the Jews are destroying themselves.”

It would indeed seem that perhaps the defense establishment has become confused about who it’s supposed to be defending and where retaliation is appropriate in political or military terms.

Karmei Tzur has been under siege from its Arab neighbors since the start of the current wave of terror, and has not shied away from the challenge.

Barely two weeks ago, about 500 Israelis marched from Karmei Tzur to the Gush Etzion junction to demonstrate against terror.

The marchers blocked Highway 60, a main north-south artery, in both directions as they demanded that deterrence be restored. The move came in the wake of a series of deadly attacks in the Gush Etzion region.

The timing of the demolition of the synagogue and the stealth with which it was carried out raises the question of whether the move came in retaliation for the community’s activism.

At the start of this month, Arab squatters returned to the Wadi Rashrash valley near Karmei Tzur – six months after they had been ejected by the IDF Coordinator of Government Activities in the Territories (COGAT). Arabs had started to build a road there and were using the wadi as a garbage dump.

The area has been under processing for declaration as state land for some time. The violation was reported but it is not clear whether the government followed up.

Karmei Tzur has been repeatedly traumatized during this wave of terror. On February 24 one of the community’s founders and leading residents, IDF reserve Captain Eliav Gelman was killed in a stabbing attack at the nearby Gush Etzion junction. He was stabbed by an Arab terrorist who was then shot by IDF soldiers, who also hit Gelman by accident in the crossfire. Gelman was rushed to Shaare Zedek Medical Center in Jerusalem but could not be saved. He is survived by his pregnant wife and two young children.

Earlier that month, on February 9 an armed 16-year-old female Arab terrorist tried to infiltrate Karmei Tzur at the start of the day, dressed for school.

A resident of the community alerted the guard, who then warned the young wannabe stabber to drop her weapon – a kitchen knife – which she did.

The blade had clearly been sharpened, most likely after watching an Internet video of a sermon by one of the numerous radical Islamist clerics who urge their followers to murder Jews. They include detailed instructions on how to carry out those killings, complete with directions on how to sharpen the knives.

Three days prior to that attempted terror attack, Arab arsonists attacked the little synagogue on February 6 at Givat Sorek, the neighborhood on the outskirts of Karmei Tzur. 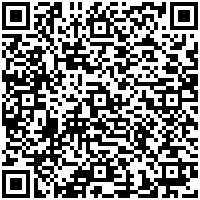