Police and MDA reported that four Israeli soldiers were rammed at 3:35 PM Israel time Thursday near Al-Lubban village on the road leading to Beit Aryeh. Three of the soldiers were injured, all around age 20, one of them serious, two light to medium. The ramming vehicle, a black Isuzu, escaped from the scene. Police and military forces are searching for the runaway vehicle.

On Wednesday, Avi Naim, Head of the Beit Arye Municipal Council in Samaria and Chairman of the Local Government Center Security Commission, called for the immediate closing of problem highway sections to Arab traffic, due to the serious recent terrorist attacks. It is not a surprise that less than 24 hours later, innocent Israelis were attacked by an Arab terrorist driver on the road leading to Beit Aryeh.


In 2007, the Association for the Civil Rights in Israel and residents of six Palestinian villages situated alongside Route 443 appealed to the Israeli Supreme Court to lift the ban on Palestinians traveling or walking on Route 443. In December 2009, the court revoked the ban, ruling it was unauthorized and disproportional. Then Supreme Court President Dorit Beinisch stressed that the freedom of movement constitutes one of the basic liberties and it is a duty to undertake all necessary measures in order to preserve it in territory held by Israel. 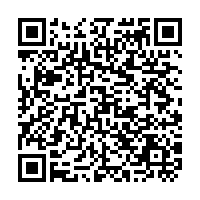