The first modern Olympics were held in Athens in 1896 to bring athletes from around the globe together in friendly competition to foster amity among nations (like the Olympics in ancient Greece were supposed to do). Given the tenor of the times, Jews were not invited until the early twentieth century – but even then prejudice persisted, preventing many from finding their place on the various national teams.

Recognizing the obstacles, Yosef Yukutieli, who had emigrated in 1909 from Russia to what is today Israel, conceived the idea of international Jewish games on the Olympics model as an avenue for Jewish athletes to gain competitive experience and move on to the International Olympics. Although the initial Maccabiah, or Maccabiada, was held in March 1932 (with a second in April 1935), World War II intervened and the Games weren’t reinstituted until the newly born state of Israel reconvened them in 1950.


Although anti-Semitism no longer excludes Jewish athletes from the Olympics, Israel continues to host the Maccabiah Games for Diaspora Jews and all Israelis, Jew or non-Jew, every four years. Like the Olympics, the Maccabiah Games provide a venue for a wide range of sports. This year’s event, the 20th Maccabiah, held in July, saw a reported 10,000 athletes come to Israel to compete. Among them was a team representing America in karate, a Japanese form of hand-to-hand combat.

Not yet included in the Olympics (although scheduled to be), karate is a well-established part of the Macccabiah and this year’s American team (19 athletes , representing Jews from across the United States including California, Illinois, New Jersey, Florida, Washington State, and New York) brought home 31 medals, more than one per competitor.

Karate’s competitive events focus on free sparring (kumite) and kata (the competitive performance of fixed routines, judged on points like figure skating and gymnastics). Competitors enter individually and in teams, and compete in divisions by gender and weight class.

One of the biggest winners on this year’s American team was a 31-year-old mother of two who has been studying karate for about 13 years, having begun shortly after graduating from Long Island’s Stella K. Abraham High School for Girls in 2003.

Rebecca Obstfeld, a black belt and current vice president of the Warren Levi Martial Arts School in Cedarhurst, said she thought that as a mother she wouldn’t have the time to train for competition. But her mentor, Sensei Warren Levi, insisted otherwise.

“He kept telling me I could do it but I thought no, not with two little boys at home and a husband to look after. But Sensei Warren always encouraged me. He began when I was still new to it, when I first signed up, and kept at me all these years. After a while I started to believe him.”

Obstfeld, who won two silver medals and a bronze, said her teammates considered her their “Karate Mom,” which is fine with her. “We had a lot of younger kids on the team and I was glad to help look after them. We spent three weeks in Israel, training, touring, and competing. The competition, of course, was the best part.”

Teammate Amit Ziv, a software engineer for Bloomberg LP who was born and grew up in Israel, noted: “We had some really tough competition, especially the Israelis. They’re the cream of the crop, Olympic-level competitors who use the Maccabiah Games to test themselves. Most of us were new to competing and too old to even think about going to the Olympics, so winning anything against them really meant something.”

Ziv’s words were echoed by Aliza Abramson, another medal winner on the team. “We loved the competition but it wasn’t easy. We really had to work to win our medals. It made them worth even more.”

Added Obstfeld, “We had fun, though. We made so many friends from other countries, from all over the world. They hung out with us even if we didn’t always understand each other. Some couldn’t speak English, but we found translators and managed to communicate in Hebrew.”

Do any of them have Olympic ambitions? “Not me,” Ziv laughed, “but maybe some of our younger teammates and maybe others in our dojo [karate school] who train all the time.”

Brown belt Aliza Abramson, one of the big winners – she took three silvers in both kata and kumite events – is remarkably fast. She demonstrated her reverse punch (a snapping strike that comes from the side of the body opposite the forward foot) for this writer.

“You have to keep moving,” she said, “so your opponent won’t know where you’re coming from. Being in constant motion makes it easier to get in when you see an opening.”

Menachem Feierman, who practices at the dojo with his father, Dr. Dennis Feierman, went to the Games with his dad but only Menachem, now going into his senior year at Mesivta Ateres Yaakov in Lawrence, competed. Dr. Feierman, a black belt like his son, was nursing an injury.

Menachem took two bronze medals, one in kata and the other in kumite. He was one of the younger teammates who viewed Obstfeld as his Karate Mom. Others included Akiva Fink, newly graduated from Davis Renov Stahler (DRS) Yeshiva High School for Boys (a bronze in Team Kumite Open Men’s Division) and Dylan Saltzman from Woodmere.

Warren Levi, the school’s sensei, did not join the team at the Games because of other commitments but he’s a veteran international competitor who got his start in Johannesburg, South Africa, where he was born and raised.

He began studying Japanese Shotokan karate (one of several well-known and respected styles of the art) at the age of seven and has participated in many international competitions including two Maccabiah Games himself, making him especially well-suited to train his team of champions.

Although relatively new to the United States (he came here in 2002), Levi has already established a formidable reputation as competitor and coach, playing host to many other karatekas from around the New York metropolitan area who seek him out for his expertise and ability to share his skills.

Levi has expanded his offerings at his dojo to include Krav Maga (an Israeli-developed martial art), cardio-fitness training, and the Chinese martial art of t’ai chi ch’uan for health. His school currently features classes for more than two hundred students from around the area with longtime student Obtsfeld teaching the women’s classes.

“I started on a lark right after high school and just kept at it,” said Obstfeld. “When my boys are a little older, I’m hoping they’ll find it as interesting as I do.”

What about her husband? “He’s not interested in joining the classes,” she said, “but he tells our friends about my black belt all the time. It’s another thing to talk about at the dinner table.” 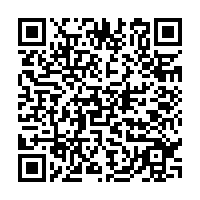