A video uploaded to YouTube by English Spokesperson for Hebron David Wilder shows a stream of blood on the rocks of the Abraham’s Well underground spring, following a near-fatal rock attack by a local Arab on a 60 year old Jewish man who came to immerse in the spring.

Jewish tradition connects the Patriarch Abraham – the central figure connecting Judaism and Islam and one of three great Jewish patriarchs buried in Hebron – with the small natural spring, saying it was the place where Abraham and his wife Sarah would go to purify themselves.

On Wednesday, a 60 year old resident of Kiryat Arba went to perform a cleansing immersion at the site, and when he reached the bottom of the stairs, was attacked by an Arab who threw a large rock at his head.  The man was found unconscious on his back at the bottom of the stairs leading to the well.  He regained consciousness at a Jerusalem hospital, to which he was evacuated by paramedics. 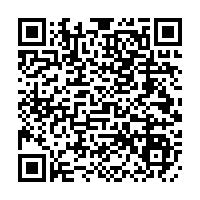