A group of archeologists and researchers from Tel Aviv University have discovered the bones of a 3,200-year-old Egyptian woman who died in early pregnancy, at King Solomon’s copper mines in Timna in southern Israel, Ha’aretz reported Wednesday.

The Timna Basin, extending west from the Arava Valley, has been the site of copper mining since around 4000 BC, through the days of the ancient Egyptians, King Solomon, the Romans and the Byzantines until the present, when Timna Copper Mines ahs been producing high-clean compounds of non-ferrous metals since 1951.


The TAU team dug up the remains of the skeleton several hundred feet from an Egyptian temple, suggesting she may have been a musician or a singer. She was in her 20s, according to the experts, but her cause of death is not clear.

Tel Aviv University’s Central Timna Valley Project has been excavating in the area since 2012, and run every year during the winter, under Dr. Erez Ben-Yosef.

“It is very rare to find human remains in Timna, and it is the first time we [found] a woman,” archaeologist Erez Ben-Yosef told Haaretz, explaining that “there are no water sources in Timna and it is very inhospitable, so no one ever settled there permanently. Home was close to water sources, and people only came for brief expeditions during the winter to mine copper.”

The last time human remains were discovered in the Timna mines was in 1964. The harsh desert conditions apparently do not support the preservation of bones. Also, Ben-Yosef told Haaretz, “Our hypothesis is that people would be buried there temporarily and their bones would be taken back home by a later expedition. There aren’t that many tombs because only important people were buried: if some poor slave died they probably just threw the body down a shaft in the mines and that was that.”

The woman’s skeleton was discovered on the last day of last year’s digging season, and was now extracted with the help of physical anthropologists Israel Hershkovitz and Hila May from the Tel Aviv University Faculty of Medicine. According to May, they were only able the retrieve the lower part of the skeleton, with the fetus. The upper body was lost. But the archaeologists who sifted grave’s sand discovered two glass beads of Egyptian origin, very small and “exquisitely crafted.” 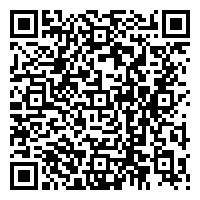