Remember the outpouring of Arab support when Israel declared its independence, back in 1948? No, you don’t, neither does anyone else. But we can certainly mark the unabashed joy of a New York City Upper West Side synagogue, after the UN hammered another nail in the simple pine box of the Zionist dream.

On Tuesday, the New York Times reported that the leaders of the “Congregation B’nai Jeshurun, a large synagogue on the Upper West Side of Manhattan, known for its charismatic rabbis, its energetic and highly musical worship, and its liberal stances on social causes,” had sent out an email last Friday to congregants, praising the UN vote that elevated the Palestinians to non-member state status.

“The vote at the UN yesterday is a great moment for us as citizens of the world,” said the email, signed by the B’nai Jeshurun’s three rabbis, cantor, board president and executive director. “This is an opportunity to celebrate the process that allows a nation to come forward and ask for recognition. Having gained independence ourselves in this way, we are especially conscious of this.”

Well, this begs for at least a minor correction: “we” did not gain independence in this way. Yes, the UN took a vote and approved a plan to divide the area between the Jordan River and the Mediterranean Sea into areas that were populated by a majority of Jews and a majority of Arabs (Arab portion was bigger). But that vote didn’t get us our independence. The blood of 6 thousand Jews, fighting off invading Arab armies as well as local Arab terror gangs – that got us our independence.

Allan Ripp, a member, said he and his wife were appalled, the Times reported.

“We are just sort of in a state of shock,” Ripp said. “It’s not as if we don’t support a two-state solution, but to say with such a warm embrace — it is like a high-five to the P.L.O., and that has left us numb.”

But another congregant, Gil Kulick, told the Times he was “really delighted that they chose to take a strong unequivocal stand.”

“As Jews deeply committed to the security and democracy of Israel, and in light of the violence this past month in Gaza and Israel, we hope that November 29, 2012 will mark the moment that brought about a needed sense of dignity and purpose to the Palestinian people, led to a cessation of violence and hastened the two state solution.”

“It’s very shocking to many of the congregants that this position was taken publicly and this e-mail was sent around,” Eve Birnbaum, a member of the congregation for about 15 years, told the Times, adding: “I am very dismayed, as a longstanding member of the synagogue, that the rabbis and the board would take a position that is contrary to what many members believe, contrary to the peace process.”

Correction: The letter was signed by the board president, not the entire board as the article originally stated. 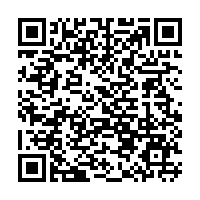