A Brazilian parliamentarian has spoken out against his government’s decision to delay the nomination of Dani Dayan as the Israeli ambassador to Brazil.

The postponement of Dayan’s nomination has sparked a public relations debacle due in part to the fact that he served as the chairman of the Yesha [Judea and Samaria] Council for five years.

Sostenes Cavalcante of the Brazilian Social Democratic Party (PSD) told Tazpit Press Service (TPS) that he regretted the impact of the potential deterioration in diplomatic relations between the two countries.

“Throughout the history of Brazilian diplomacy, I believe this is the first case of the rejection of an ambassador from a democratically elected government. I want to be emphatic in stating that the one who loses here is Brazil,” he said.

He cited the country’s need to sustain a system of good foreign relations in order to be a competitive “global player.”

Cavalcante appealed to the Jewish community of Brazil and the world to ignore the comments made by Brazilian parliamentarian Carlos Marun, who recently compared Dayan to a concentration camp guard.

“I prefer to believe that Carlos Marun is a good Brazilian who spoke in the heat of emotion. Otherwise, it is worthwhile reflecting on whether we have a Hamas representative in the Brazilian House of Representatives.”

However, when asked about the way that the Brazilian government should respond to Marun’s comments, he focused on the ideological divisions within the government.

“I cannot speak for the government despite belonging to the PSD which is, at present, the base of sustaining the government. Anyway, I have a huge ideological gap with the current political model that is failing the country,” he said.

Notably, he also called upon the Brazilian Jewish community “to ignore this unfortunate decision of the Brazilian government as the Labor Party government of President Dilma Rousseff is divorcing the government from the nation. The Brazilian nation is peaceful and respects all communities and nations.”

Cavalcante lamented the fact that the incident would have significant effects on Israeli-Brazilian ties. Although he did not outline specifics, he told TPS that Israel had the right to respond.

“I think Israel should react accordingly. This is a diplomatic incident of extreme gravity. I live in Rio de Janeiro where we will host the 2016 Olympics. I prefer not to talk about potential counter reactions,” he remarked.

The PSD politician stressed that such incidents must be avoided in the future both in Brazil and around the world.

“I hope that this diplomatic turmoil serves as a lesson to all governments of the world. May these cases of diplomatic amateurism in Brazil be a lesson, and may this never happen again, at least among fully democratic countries,” he said. 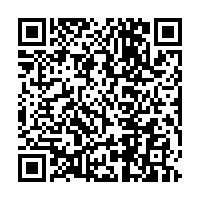