The “fading” terror wave in Israel does not appear to be fading quite so fast – at least, not yet. Arab terrorists are still trying to kill Jewish men, women and children on the roads of the country when and however they can, albeit perhaps more quietly.

At least one person was physically injured, and other passengers traumatized Sunday evening in a terror attack on an Israeli bus in northern Jerusalem.

The bus came under a hail of rocks as it was traveling on Uzi Narkis Street in the northern Jerusalem neighborhood of Pisgat Ze’ev.

The neighborhood is just minutes away from another Jewish Jerusalem neighborhood, Neve Ya’akov, but is also right next door to the Arab neighborhood of Shuafat, a hotbed of terror.

Magen David Adom paramedics were called to the scene to treat the wounded man. The bus was taken out of service in order for the damage to be assessed, catalogued as evidence and eventually to be repaired.

Security forces searched for the perpetrators, and intelligence agents will, as usual, carry out their mission to track down who was responsible for trying to ruin the lives of Israelis and their families who were just trying to get from one place to another on a quiet Sunday night. 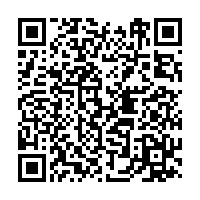