Some 250 Palestinians rioted Saturday afternoon just outside the village of Esh Kodesh in the Benjamin region of Judea and Samaria. The rioters broke down the fences around the village’s vineyards causing heavy damage.

Following the disturbances, about 30 residents arrived from the entire Shilo area to Esh Kodesh, and at first had to push out the Arab rioters with hurdled stones. Shortly thereafter, the regional emergency squad was activated by the security forces, and its members fired in the air until the arrival of the IDF and the transfer of management of the incident to the military.

A representative of the Esh Kodesh settlement told Tazpit News Agency that 11 Jewish residents, including the chief security officer who was hit in the leg by a rock, were injured lightly during the Arabs’ violent riots and were treated on the spot. One settler who had sustained a head wound was evacuated by MDA to the hospital. The man was initially taken to Sharei Tzedek, but due to the severity of his head injury he was move to Haddasah Ein Karen,

Serious damage was caused to several vineyards, after rioters tore down the fences and struck the vines. A security vehicle windshield was smashed by a rock. 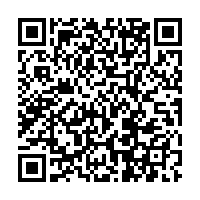