The Tatzpit news agency reports that a force of at least 120 Border Guard police in more than 15 vehicles arrived on Monday night at the outpost of Ramat Migron, near the village of Migron in Judea and Samaria, barging into an area where a wedding of two local residents was to being prepared, and presented local residents with an order declaring the place a closed military zone.

Two court decisions from recent weeks ruled that the closed military zone order is not applicable to Jews living at the site.

The Forces demanded the removal of all the arrangements for the wedding, including dismantling the Chupa. They threatened the guests with arrests.

Light clashes ensued, then the wedding ceremony was moved to a nearby area, away from the original spot.

A resident of Ramat Migron initially told Tatzpit that despite attempts by the Border Guards to disrupt the celebration, “the wedding was taking place tonight as planned on the ridge of Ramat Migron.”

But later, one of the wedding planners told Tatzpit: “Border Guard forces arrived to fight us head to head and to try and disrupt today’s simcha. On Friday those forces demolished the house where the young couple had planned to reside after the wedding. This is one more step in their attempt to prevent the creation of anew home in Israel and a new home in Ramat Migron.”

The wedding took place after all, near Givat HaYekev, where the Psagot Winery is located. (The winery was in the news this week, following the South African government’s decision to mark its wines as a product of the “occupied territories.”)

A sources close to the Ramat Migron outpost told the Jewish Press that the disruption tonight was part of an ongoing effort on the part of the Ministry of defense, going all the way up to Ehud Barak, to prevent any sign of enhanced settlement in their outpost.

The source, who did his IDF service in a combat unit, said the forces used by the Border Guard in confrontations with Ramat Migron settlers are typically three- to four-times what is standard procedure in picking up an Arab terrorist from his village home.

A while back, when a wedding of two Ramat Migron residents was celebrated in Jerusalem, Border Guard forces used the opportunity to raze the entire outpost, which had been left empty.

Another time, during an engagement party at Ramat Migron, forces arrived to remove residents.

Jewish Boy in Serious Condition after Attack by Arabs in Samaria 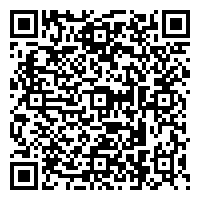