The suspect in the alleged plot to bomb the British Columbia Legislature wrote anti-Semitic statements online in March,

John Stewart Nuttall, 38, wrote, “The Jews killed Jesus (they are proud of it),” the Canadian Jewish News reported. He also wrote, “Israel attacked the USS Liberty in a false flag op to try and bring us to war. We are sick of the Jews trying to run our lives and it is about time they fought their own war.”

Shimon Fogel, CEO of the Center for Israel and Jewish Affairs, told CJN, “The anti-Semitic comments and postings of the accused, which attempt to advance tired, idiotic stereotypes about Jews, appear to be part of a broader attitude of intolerance and hatred.”

Nuttall and Amanda Marie Korody have been charged with plotting to attack the British Columbia Legislature on July 1, Canada Day, with pressure cooker bombs. 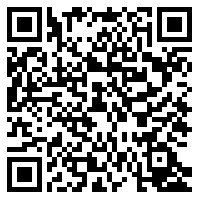