At least seven people were hurt Thursday afternoon in a terrorist attack at the open air market in Petach Tikvah.

“As I was treating a woman for gunshot injuries to her legs, the dispatch center of United Hatzalah informed me and my fellow EMS first responders that there were other injured people the next street over,” Gal Dover, a paramedic with United Hatzalah who responded to the incident said.

“After I finished treating the woman, I ran over to the other scene where I treated a man for a stab wound and head injury. Other United Hatzalah volunteers treated other people injured at the scenes, including two who were treated for shock.”

United Hatzalah EMTs and paramedics treated a male stabbing victim on Berkowitz street in Petach Tikvah, as well as a woman who was shot in her lower body on Baron Hirsch street, next to the open air market.

The attacker was allegedly an Arab citizen of the Palestinian Authority. He fled the scene after the attack but was quickly captured by civilians who handed him over to police, still with his firearm in his hands, police said. 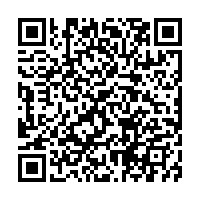