Reshet Bet reports that 3000 Chareidim who previously received deferrals for Torah learning, will receive their draft orders starting in August. This will be the first time that thousands of Ultra-Orthodox Jews are drafted into the IDF.

General Orna Barbibai, head of the IDF human resources division said that 25% of Israeli men and 50% of Israeli women (and not just Chareidim) are not drafted into the army.


She added that due to the increased needs of the IDF, there will be no shortening of the service time as had previously been considered. 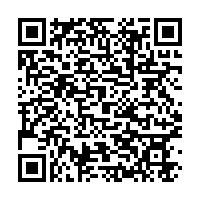