Palestinian Authority leader Mahmoud Abbas has awarded the entity’s Order of Merit for Culture, Sciences an Arts to the cartoonist at the Al-Ayyam daily newspaper who has been glorifying terrorist stone-throwing attacks on Israeli motorists.


Abbas explained that al-Bukhari received the award because his work “fits Palestine and its resolute and full culture,” according to the announcement, which ran in several Arab news outlets.

“The president [Abbas] awarded the Order of Merit for Culture, Sciences and Arts to the creator and artist al-Bukhari in recognition of his creative path in plastic arts and cartoons, and out of recognition of his life full of giving, actions, struggle, and beauty, in a way that fits Palestine and its resolute and full culture,” announced the Al-Hayat Al-Jadida last Thursday.

Nearly two weeks ago (Oct. 13) in the Al-Ayyam, a cartoon showed a whole Arab family prepared with rocks in their hands and ready to attack. The text above the cartoon proclaimed, “The rocks of 2015!” and the text on the text on the man’s arm read, “Allah is with you, Abu Al-Abed” – the name of the cartoon character.

Another cartoon by Al-Bukhari, published in the Al-Ayyam on October 9, encouraged more rock throwing, calling Arabs to “Advance, advance.” The cartoon showed an Arab throwing a rock, with a Palestinian Authority flag in the background.

Al-Bukhari has in the past (March 23, 2014, Al-Ayyam) drawn Israel’s Prime Minister Benjamin Netanyahu bathing in blood. The cartoon referred to an incident in which the IDF came to Jenin arrest a Hamas terrorist, but he and others started shooting; subsequently the fugitive terrorist and two others were killed.

The same cartoonist also has presented Israel’s President Reuven Rivlin in much the same way (Al-Ayyam, June 12, 2014) in a cartoon in which he is seen carrying what appear to be buckets of blood. The same cartoon adopted the libelous claim by the Palestinian Authority that the two stripes on the Israeli flag represent the Nile and the Euphrates, or the Jordan River and the Mediterranean Sea, representing an alleged Jewish plan to establish “Greater Israel” ruling over all of “Palestine.”

Al-Bukhari two years ago presented Israel as an octopus wrapping its arms around Al-Aqsa Mosque, criticizing the Arab nations for “sleeping!”

On the same note, he prepared a cartoon that supported the claim by the Palestinian Authority that Israel “Judaizes” Jerusalem while attempting to “erase” all Arab and Muslim traces in the city. The cartoon featured a huge mushroom to represent the Hurva Synagogue, which was rebuilt and restored by Israel a few years ago in the Old City of Jerusalem. The mushroom-as-synagogue was overshadowing the Dome of the Rock, with Arabic text on the mushroom literally meaning “destruction,” but also translated as “Hurva Synagogue.” 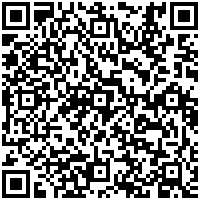