The stabber was shot dead by a second Border Policeman, who stood nearby. The injured policeman is being treated for his wounds in hospital.


Earlier on Saturday, another Arab terrorist attacked a soldier at a checkpoint on route 443, which connects Modi’in with Jerusalem. According to the soldiers at the checkpoint, the terrorists walked up to them asking for water, and as they were about to help him he pulled out a knife and stabbed one soldier superficially.

The Abbas statement said “it is no longer possible to remain silent about the series of killings carried out every day by the occupation,” and “the current situation will not continue.”

The announcement insisted that Israel bears responsibility for the dangerous escalation.”

The Palestinian Red Crescent Society medics who arrived on the scene said that Taj had been shot five times.

Abdelhalim Jaafreh, head of the Red Crescent in Nablus, told Ma’an Taj “was critically wounded by five bullets. We tried to save him but he died.”

Last Sunday night, an Israeli man, 26, was stabbed by Anas Muntaser Taha, 20, at a gas station on Route 443 near Modi’in. The attacker was shot dead by an IDF soldier.

Defense Minister Moshe (Bogey) Ya’alon, responded to the attacks Saturday saying, “Let anyone who tries to harm IDF soldiers, border police or citizens of Israel know, that his blood would be on his own head. The struggle against Palestinian terrorism, both organized and by individuals, is complex and requires an iron fist, patience and good judgment—and this is how we operate.”

Arab terrorism in 2015 looks different than in the early years of the second intifada of 2000: they do not involve terrorists who are on Israel’s most wanted list; the means for terror attacks are often improvised and seem driven by impulsive decisions, rather than planned attacks; and yet the Palestinian effort to carry out attacks against Israeli targets continues and is on the rise.

According to Shin Bet (GSS) data, 17 suicide attacks were thwarted this year by Israeli forces in the first seven months of 2015, and there were a number of attempts stopped by PA security. Five attacks that have been foiled were planned by Hamas members, five by other organizations and seven without organizational affiliation.

According to UN figures, in 2015 Israeli forces have injured an average of 37 Arabs a week, and have killed at least 24 Arabs since the start of the year.

Last week it was reported that the IDF had changed its rules of engagement, requiring soldiers in Judea and Samaria to hold their fire unless there is a absolute threat to their lives. Before the change, Israeli soldiers were allowed to fire warning shots when their lives were not in imminent danger, and next aim for lower extremities when engaging with an attacking Palestinian. 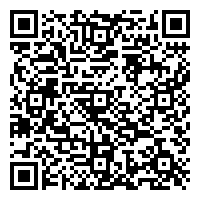