Shtayyeh is an economic expert and served as a minister on the Palestinian Economic Council for Development and Reconstruction. Similarly, he is a member of the negotiating team with Israel and serves as a senior advisor to Abbas on the issue.


He will replace Rami Hamdallah who announced his resignation in January.

Shtayyeh has a history of statements against Israel and the US.

For instance, in February 2017 he met with an Arab League Educational, Cultural, and Scientific Organization (ALECSO) delegation and briefed them on “the historical background of the Zionist project in Palestine since 1850, what is called the ‘global Zionist plan,’ and the historical connection between the Zionist project and the Western colonialist project,” according to Ma’an, an independent Arab news agency.

In his address, Shtayyeh emphasized that “the Zionist project is colonialist and has no connection to Judaism and the myths that the occupation invents,” Palestinian Media Watch reported.

In December 2018, he decried a United Nations resolution condemning the Hamas terror organization, “because under no circumstances will we agree to any Palestinian organization being defined as a terrorist organization. We will not agree! Because today it is Hamas, tomorrow [Islamic] Jihad, two days from now Fatah, and so on. We know the story. Our disagreement [with Hamas] is internal, but under no circumstances will we agree to Hamas being condemned. 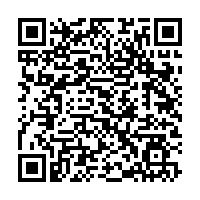