The Nachum Segal Network has announced the 2015 Kosher Halftime Show.

Hosted by Nachum Segal, the Kosher Halftime Show is the family oriented alternative to the pop culture musical and dance performance on broadcast television.


“There are many families that enjoy watching the game together, but when the halftime show starts they are uncomfortable. We’ve created a family friendly entertainment venue that can be enjoyed by everyone,” host Nachum Segal said.

Last year’s inaugural show received accolades from across the spectrum, attracting tens of thousands of viewers during and in the weeks following the game, for providing a family focused entertainment program during one of the most watched sports events of the year.

Glatt Kosher hot dog and deli manufacturer Abeles and Heymann is one of the sponsors of this year’s Kosher Halftime show – you can watch the Superbowl and eat a glatt kosher hot dog. 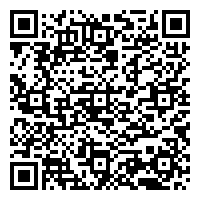