A group of NFL players expected to arrive in Israel on Monday will be minus a few members when the plane touches down at Ben Gurion International airport.

NFL Stars Coming to Israel Next Week, Will Be Baptized in Jordan River


The delegation is set to arrive Monday for a seven-day visit, during which they will meet with a wide range of Israelis from different walks of life. The athletes will visit Tel Aviv, Jerusalem, the Dead Sea, Haifa, and Christian sites in the Galilee. They plan to be baptized the River Jordan at Yardenit as well, and will tour other sites too.

Seattle Seahawks defensive end Michael Bennett, the first to cancel his plans, tweeted a picture of Martin Luther King Jr. late Friday with the declaration, “I’m not going to Israel.”

His tweet was answered by another user who suggested he “educate himself” before using his voice to incite against Jews. Martin Luther King in 1967(video).

Bennett subsequently explained the rest of the story in a tweet posted by the “US Palestinian Network.”

The NFL player said he had read that his itinerary was designed by the Israeli government for the purpose of making him “an ‘influencer and opinion former’ who would then be an ‘ambassador of good will.’ I will not be used in such a manner,” he wrote. “When I go to Israel – and I do plan to go – it will be to see not only Israel but also the West Bank and Gaza so I can see how the Palestinians, who have called this land home for thousands of years, live their lives.”

He added that one of his heroes, Muhammad Ali, had “always stood strongly with the Palestinian people.” Bennett said he too hoped to be a “voice for the voiceless” – but that he could not do that “by going on this kind of a trip to Israel.”

Shortly after, he was joined in the boycott by Miami Dolphins wide receiver Kenny Stills, who retweeted Bennett’s declaration with the comment, “Couldn’t have said it any better. I’m in!” A third player to join the boycott was a member of the New England Patriots team that won the Super Bowl last week, Bennett’s brother Martellus. 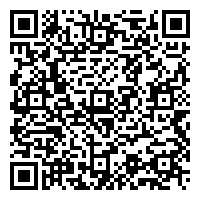