On Thursday Air India will land in Israel after its first direct flight from New Delhi, supported by a grant from Israel’s Tourism Ministry.

An Israel Government Tourist Office has also opened in India along with dedicated campaigns that have resulted in a steady increase in the numbers of tourists from India.

There was a 47 percent increase in tourist entries from India in 2017 as compared to 2015. More than 50 million Indians hold passports.

The Tourism Ministry’s Inbound Tourism Survey shows that the Indian tourist stays an average of 6.2 nights in Israel, spending on average $1,066.

According to a market survey that the ministry carried out, more than 350 million people, some of whom surf the internet, view Israel as the Start-Up Nation and a leading destination in culinary, wine and lifestyle tourism.

Get that Inn Ready: 165,000 Visitors Expected in Israel for Xmas 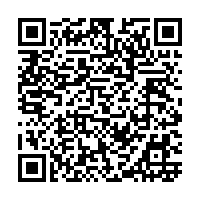