In its report, AI repeatedly places Israel amongst the most egregious state actors which AI claims are depriving civilians of their lives or of other human rights.


In addition to appearing to call on the world powers to cease providing arms shipments to Israel and other “war criminal” nations, AI also called on the permanent members of the United Nations Security Council to relinquish their veto power.

In sections of its massive report devoted exclusively to Israel or to the Middle East and North Africa, AI casts Israel in the worst possible light, while minimizing or failing to mention altogether wrongful acts by its sworn enemies. Another article in the Jewishpress.com will address those sections.

In a gratuitously nasty swipe at Israel – and none similar appear against other nations – the AI report disparages Israeli reports, many of which have been substantiated elsewhere, that its enemies bear responsibility for much of the civilian harm inflicted on Israel’s enemies.

Israeli authorities sought publicly to shift the blame for the large loss of life and wholesale destruction caused by the Israeli offensive in Gaza onto Hamas and Palestinian armed groups on the grounds that they fired rockets and other weapons from within or near civilian residential areas and concealed munitions in civilian buildings.

AI claims that three-quarters of the Palestinian Arabs in Gaza who died during last summer’s Operation Protective Edge were civilians. AI placed equal blame on Israel and Hamas for the start of that conflict and failed to examine how many of the Palestinian Arab “civilians” died either because they were not civilians or because of wrongdoing by Arab terrorists.

Most of the media which paid attention to the Report noticed that AI, which claims to “campaign to end abuses of human rights” around the world, appeared to call for an end to arms shipments to Israel.

The senior director for research at AI, Anna Neistat, is quoted in a press release denouncing the shipment of arms to certain countries, including Israel, Iraq, Russia, South Sudan and Syria, “despite the very high likelihood that these weapons would be used against civilian populations trapped in conflict.”

That paragraph goes on to criticize the ability of non-state actors, such as ISIS, which was able to get its hands on enormous arsenals from weapons shipments to Iraq intended for those fighting the terrorists.

AI concluded that the onus was on the coalition fighting ISIS to prevent arming the terrorists by ceasing its weapons shipments. That paragraph then ends by suggesting that the “irresponsible flow of weapons to human rights abusers must stop now.”

Whether AI was actually calling for an end to weapons supply to Israel is unclear, but certainly Israel’s critics in the U.S. and Congress will use it to attack arms sales to Israel.

Worse than simply lumping Israel in with the worst human rights offenders such as Russia, Syria and Sudan, AI did something far more insidious.

An overlooked recommendation made by AI officials is one that would deprive Israel of its only protection in the global forum aligned against Israel, the one tool which the U.S. administration still employs to protect Israel from the tsunami of hatred raised against it by nearly every other member of the United Nations, the UNSC permanent member veto.

It happened when AI chastised the response to human rights abuses by the United Nations Security Council.

The UNSC, according to AI, has failed humanity by avoiding its responsibility to end crises and conflict in “Syria, Iraq, Gaza, Israel and Ukraine,” where, it claims, “horrific crimes are being committed against civilians by states or by armed groups.” AI blames that failure on “vested interests or political expediency.” 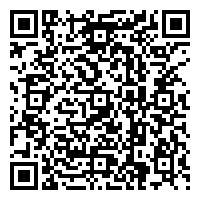