On Sunday evening, three Arab residents of the village of Balata approached a checkpoint at the Tapuach junction.

Something about the group raised suspicions of the Border Police, who then initiated protocols for dealing with suspicious incidents like that.


The three terrorists were found to have been carrying 8 pipe bombs, and a gun. They had been planning to attack the checkpoint.

The bombs were detonated in a controlled explosion.

In a separate incident  a bus (#172) driving from Jerusalem to Anatot, north of Jerusalem, was shot at, near the Arab village of Hizme. The bus was damaged, but no one was injured in the attack. Some of the bullets managed to pierce the bullet-proof windows.

There were stone-throwing incidents near Karnei Shomron and other areas throughout the evening.

A fight occurred between a group of Jews and a group of Arab in Givat Shaul, Jerusalem, near the Angel’s bakery. Police were called in to break apart the rumble. 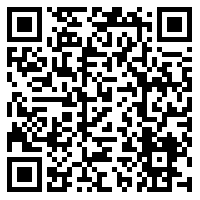