New York Police and its Hate Crime unit are investigating a Monday evening attack by pro-Arab hoodlums for peace who peacefully harassed and assaulted a young Jewish  couple on New York City’s Upper East Side.

Two cars and several motorcycles were involved in the gang-up on the couple until the attackers fled the scene in a car that was flying Palestinian Authority flags, according to The New York Post.


The gang yelled “anti-Semitic statements’ at the woman and her 27-year-old husband, who was wearing a kippa.

The violence started when the attackers hurled a water bottle at the woman, hitting her. He came to her defense, and the punks punched him, slightly cutting one ear but enough that required medical care.

Anti-Israeli protesters in a London suburb last week also used the PA flag to stir up an incident by parading in an “unemployment protest” outside a kosher delicatessen,  prompting one of the Jewish customers to try to settle the score.

British police arrested him for assault.

The New York officers in blue still are looking for the gang that attacked the Jewish couple, in the heart of an area with a high Jewish population.

It is just another one of hundreds of anti-Semitic incidents in the United States that are considered as “isolated” by bleeding heart, consensus-seeking Jewish leaders and the Commission of Political Correctness for Radical Islam and Peace for Palestine without Israel. 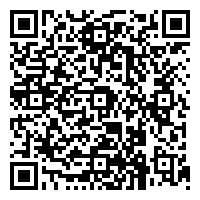