Tunis’s Jewish community on the island of Djerba is worried after three Muslims tried to kidnap a 12 year old Jewish boy from within the center of the community, according to a b’Hadrei Hareidim report.

The boy told the police that a strange man tried to force him into a taxi at which point the boy began screaming.


People passing by saw the kidnapping attempt and the kidnappers then fled when they began to attract attention.

The boy’s parents have filed a report with the Tunisian police, and the community heads have requested extra protection for the holiday.

The kidnapping attempt appears to not have happened in a vacuum. The latest crazy Arab conspiracy theory may have played a central role in the attack.

Last week, the Tunisian newspaper Alshruk, began making strange claims that ISIS has been kidnapping Syrian and Iraqi children, transporting them to Turkey, and then selling them to Jews in Tel Aviv at the rate of $10,000 a child.

Al Mayadeen News, which is watched by Arabs throughout the Middle East has been getting the newspaper’s report out to the wider Arab audience. That news report was discovered by an NRG report in Israel.

Here’s the kicker of the conspiracy theory, the kidnapped Arab children are then turned into Settlers to expand the Zionist Enterprise.

If the Arabs in Tunis are being fed conspiracy stories like that from their mainstream media, there is no wonder there was a kidnapping attempt against the Jewish community of Djerba.

Djerba is one of the oldest Jewish communities in the Diaspora, going back thousands of years, from the period of the destruction of the First Temple period.

While now mostly empty of Jews, it is famous for the fact that most of its residents are Cohanim, including descendants of Ezra HaSofer, and that none of its permanent residents are Levites, due to a curse placed on any Levite that lives there. 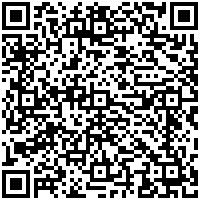