“We certainly join in the prayers of my Jewish colleagues for the safe return of the boys to their families, “ Sarsour told The Jewish Press. “We oppose violence against civilians, on both sides of this awful, bloody conflict. Innocent civilians belong outside the the circle of this conflict.”

Sarsour noted that the Arab community, and especially the Arab Knesset members, view the abduction crisis in light of an ongoing hunger strike by 150 Palestinians in Israeli jails, including individuals who have been held in administrative detention for years. These individuals have not been charged or tried.

“I call on the international human rights community to act – on behalf of the boys, and on behalf of the prisoners. But you absolutely cannot separate the two issues. They are integrally related,” Sarsour said.

Asked whether he agreed with MK Hanin Zoabi’s assertion Tuesday that the kidnappers “are not terrorists,” Sarsour ducked the question, saying only that he agreed with her assertion that Israel’s “occupation” is the root cause for the current crisis, and for ongoing Israel-Palestinian tension. However, he added that MK Zoabi would agree with his assertion that the abduction of the teenagers was unjustified. 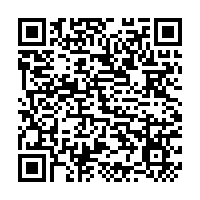