The International Committee of the Red Cross has called on Israel to resume prisoner visits for Palestinian terrorists, with nary a mention of the fact that Palestinian groups currently hold three Israeli teenagers hostage.

Like the Palestinian political spectrum, which draws a cause-and-effect relationship between the abduction and an ongoing hunger strike by 150 Palestinian terrorists in Israeli jails, the Red Cross says ICRC doctors are “conducting regular visits to detained hunger strikers. The group also call for “a swift resumption of family visits, which are required under the Fourth Geneva Convention.”


However, the group does not extend the same demand to the kidnappers of Eyal Yifrah, Gil-Ad Shayer and Naftali Frenkel. In a statement posted on the ICRC website, the group notes “mounting tensions” and “an extensive military operation takes place to rescue three abducted people in the West Bank,” but stops short of demanding the release of the hostages or the right to visit them.

On the other hand, the Red Cross does detail the military aspects of the current incursion to Palestinian Authority-ruled cities in order to track down the missing boys.

“The operation currently under way has included house-to-house searches and night raids, over 200 arrests, and the requisition of some private homes. Incidents of assault and clashes resulting in casualties – including one death in the West Bank and injuries in Gaza – are fuelling frustration and may trigger further violence. In Gaza, renewed air strikes and rocket fire are also contributing to rising tension.,” said the statement.

The organisation’s current policy seems consistent with the stance it maintained during the Gilad Shalit affair. Then, Red Cross officials never demanded the right to visit him the hostage, sufficing only with several polite requests for “signs of life” from Shalit.

In addition, Jacques de Maio, head of the ICRC delegation in Israel and the “occupied territories” said “Civilians living in the West Bank now face increased restrictions on their movements, and several thousand family members cannot visit their loved ones in prisons in Israel this week because of security closures.

It is not clear as of this writing whether de Maio intended to include the three Jewish families who have not been able to visit their children this week, and who do not know what condition the boys are in. 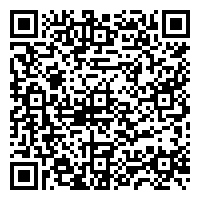