(JNi.media) Arab Knesset members are outraged by the decision of the Jerusalem City Council which on Sunday night approved giving Hebrew names to streets in eastern Jerusalem, Walla reported.


Many of the names are Biblical; Amir Drori was an IDF general who at one point was on a fast track for chief of staff, then became the founder and the first director general of the Israel Antiquities Authority. Some of the names have a messianic connotation which was probably not missed by the Arab MKs (Har Ha’Mishkha is the Mount of Anointment, Me’arat Ha’Nevi’im is Cave of the Prophets, and Kidmat Zion means East to Zion.

MK Ahmad Tibi said that the new street names are part of the “ongoing attempts to Judaize Al-Quds and falsify history.” Referring to the recent riots in the capital, Tibi added: “Someone decided to add more fuel to the fire of tension in Jerusalem, this decision was pyromanic.”

Chairman of the Joint Arab List, MK Ayman Odeh, said: “We have recently seen aggressive attempts to change the status quo in East Jerusalem and deepen the occupation and dispossession. Choosing street names, while completely ignoring those who built and lived in these streets thousands of years is a lowly attempt to erase the Palestinian national identity.”

For the record, there is no reference anywhere to a Palestinian nation before the 1920s, and, in fact, Arabs are by and large unable to pronounce the name “Palestine,” because the consonant P does not exist in Arabic, which is why, for instance, the Roman name for Shechem, Naples, is pronounced by Arabs as Nablus.

“It seems that returning to the cycle of violence in Jerusalem is in the interests of those who do not want hope for change and a better life for both peoples be here,” Odeh added. “The timing of this unfortunate decision is just more evidence to that. The attempt to erase the Palestinian national identity will not succeed, the occupation will end inevitably.”

Jewish MKs expressed support for the decision. Deputy Foreign Minister Tzipi Hotovely (Likud) told Walla that the Council’s decision is an important step. “There’s a war on sovereignty in Jerusalem as well as on the historical identity of the city,” she said. “Every Action that strengthens Israel’s sovereignty in the capital of the Jewish people is welcome. The Palestinians have been trying all along to uproot the historical foundation of the Jewish people in general and particularly in the eastern neighborhoods. The municipality’s decision is an important step in the struggle over historical symbols of the Jewish nation belonging to its eternal capital.”

MK Yinon Magal (Bayit Yehudi) also expressed support for the decision. “I welcome the move. I’ve never heard from those who are opposed to it when would be a good time for the process of a Jewish connection to Jerusalem,” he said.

MK David Bitan (Likud) said: “At long last the Jerusalem City Council has recovered and made a decision which had to be made for some time, which is imposing our sovereignty in reality and not just on paper. It is clear that we may give streets Hebrew, Arabic or universal names in any neighborhood, regardless of the identify of the residents. Still, the City Council will be tested with the implementation of the resolution. We have seen many decisions that have been made and not implemented.”

The Council’s decision was made despite the severe security tensions in Jerusalem and against the recommendation of retired Supreme Court Justice Jacob Turkel, who heads the advisory committee on naming the streets of the capital. A few weeks ago, the Turkel committee recommended “to reconsider whether it is proper at this time, given the complex and delicate situation in East Jerusalem, to give these names to these streets in the proposed locations.” 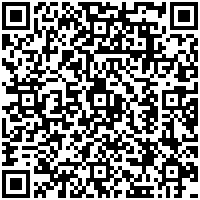