”Dozens” were injured and three were shot, according to the Gaza-based Izz a-Din al-Qassam military wing of the Hamas terrorist organization. “Scores of residents suffered the effects of tear gas inhalation,” the Hamas website reported.

The clashes allegedly came in response to “protests” demanding that Israel free a 15-year-old Arab teen from the town.

Kariman Akram Sweidan was arrested by Israeli security forces who discovered she was armed with a knife while trying to enter Israel at checkpoint. 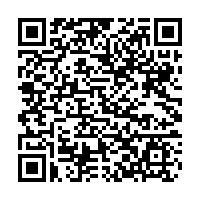