The number of anti-Semitic incidents in Argentina dropped in 2012 compared to the previous year, though the number of physical assaults and online attacks rose.

According to the annual report of anti-Semitic incidents in Argentina released last week by DAIA, the Argentine Jewish political umbrella organization, there were 243 acts of anti-Semitism based on recorded complaints — down from 263 in 2011, an 8.7 percent decrease.

However, the number of cases of physical assault and injuries increased in 2012, to five from one.

“For us, this figure about aggressions motivated by anti-Semitism is the most disturbing,” Marisa Braylan, director of the Centre for Social Studies of DAIA, who compiled the research, told JTA.

Some 40 percent of the anti-Semitic incidents occurred online, up from 33 percent the previous year. Of the online incidents, 40 percent occurred on Twitter, 20 percent took place on websites and 11 percent on Facebook.

According to the 165-page annual report, which is in its 15th year, 36 percent of the incidents involved Nazi symbols and 25 percent were characterized by xenophobic expressions.

Braylan called the increase in virtual hate “a constant trend.” 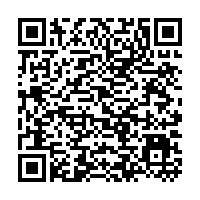