Rapidly turning into a theater of the absurd, Beit Shemesh’ newly re-elected mayor has jumped right into more trouble.

In parallel to the series of damning reports about abusive election practices which may have enabled Moshe Abutbul to earn his second term in office as mayor, two new reports were published over the weekend.


The most popular, was a six minute piece by Shay Stern on Channel 10, which uses confrontational cynical humour to draw out interviewees, and focused on Beit Shemesh.

Stern interviews Eliran Cohen, an openly gay man who lives in Beit Shemesh. Liron states that there are (of course) many other gays in Beit Shemesh; furthermore, Eliran says he personally knows Moshe Abutbul who is well aware of Eliran’s orientation for many years.

In Stern’s interview with Moshe Abutbul, he claims “there are no gays in this pure and holy city” and that if there were, “they would be dealt with by the ministry of health and police.”

For the press, it was such a good scoop, they couldn’t make this stuff up.

In a follow-up interview on Galei Tzahal (Army Radio) Moshe Abutbol was asked about his statement regarding gays.

Abutbul awkwardly responded that he hadn’t understood the term “gays,” and had thought it meant “pedophiles.”

Although Abutbul is ultra-orthodox, he is by no means closeted. Abutbul was not brought up ultra-orthodox, he served in the army (as a driver), taught in public schools, and hosted a radio show, and it is not plausible that he doesn’t know what “Gays” means.

While his explanation seems to give a context to his remark about health services and police, it still leaves the unexplained claim that “they don’t exist in our pure and holy city”.

“Magen,” the Beit Shemesh Child Protection Center, has received around one hundred reports of child abuse so far in 2013 in Beit Shemesh – of which over 85% are allegations of sexual abuse of children.

Which leads us to the other report about Beit Shemesh published in Makor Rishon and Maariv over this past weekend.

In an expose article entitled “How Did an Ultra-Orthodox Chasidic Layman Become a Dominant Influence in the Beit Shemesh Welfare Department?” journalist Yifat Ehrlich wrote about the role of one Amram Rotter.

Apparently, Amram Rotter is a liaison between the Social Services and the Ultra-Orthodox community in Beit Shemesh.

According to the allegations in the article, Rotter’s real power in the Welfare Department has far exceeded his liaison role, and involves case management of even very sensitive cases, such as sexual and other abuse of children in the ultra-orthodox community. Rotter apparently sits on case management committees, and has allegedly used his influence to get perpetrators off, and victims harassed.

Iris Tzur, manager of the Social Services in Beit Shemesh, presents the importance of Rotter’s liaison role, plays down his influence in professional decisions, and points her finger at “my boss”, Moshe Abutbul, who apparently instructed her to use Rotter’s services.

Abutbul himself, claims that Rotter was elected by a committee of rabbis to represent the interests of the chareidi community – and points his finger at Richard Peres, who held the Social Services portfolio on the Municipal Council.

To the best of my knowledge, there is no such rabbinical committee in Beit Shemesh, and I am confused why Iris Tzur would have said Abutbul designated Rotter, if it was really secular Labour Party member Richard Peres (her immediate boss).

However, one thing is becoming clearer.

I now understand why Moshe Abutbul thinks there are no pedophiles in Beit Shemesh – as his professional information on this topic comes from… Amram Rotter. 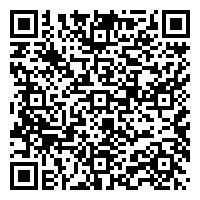