Duer, popularly known as ”The Turk,” defeated countrywoman Mayra Alejandra Gomez by unanimous decision on Friday to take her second world title. The Jewish boxer raised her professional record to 15-3.

Duer, 35, was the WBO’s super flyweight champion, a title she defended six times. She is the first Jewish woman to hold a WBO crown.

The country’s National Public Television covered the fight live and broadcast it free under a federal program designed to make satellite television more accessible, including in high definition.

Duer, a favorite in Argentina,  is the daughter of Syrian immigrants to the country. She attended the Jaim Najman Bialik Primary School in Buenos Aires and spent more than a month in Israel in her younger years working on a kibbutz and touring the country.

As an amateur, Duer won 19 of 20 fights. She turned pro in 2007, capturing the super flyweight title three years later by defeating Italian Lorena Pedazza by decision. 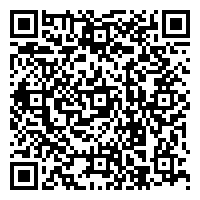