Twenty years ago, a soldier, a friend I met at enlistment, Yehoshua Friedberg, was murdered by Arab terrorists. The last time I saw him must have been on a Friday, I guess it was a week or so before he was murdered.

We were in Jerusalem, it was getting late. I was rushing home. I was on one side of Yafo street, and he was on the other. We waved to one another, and we continued on our way. Yehoshua was a very special person. He had gone out of his way to help me when I was having some initial difficulties in the army.


Around a week later, back on base, we heard they were organizing search parties for a missing soldier, then I heard it was Yehoshua. Then I heard they found his body.

I was just talking to another friend, Ari Fuld, who also enlisted with us. He said Yehoshua’s killer was released in the Gilad Shalit deal.

I checked again, because I saw his killer’s name on the current list. It turns out one of them was released in the Shalit deal.

But Yehoshua had two murderers.

The second is apparently now on this latest list of murderers to be released, just so Abbas will agree to talk to Netanyahu.

Ari and I were just on the phone, we were somewhere between speechlessness and voiceless rage. I’m reliving what I felt 20 years ago.

These “Palestinians” killed our friend. They should be dead, not freed to be lauded as heroes by their sick and demented society.

I am speechless. I am at a loss. I don’t have the words to express how I feel right now. 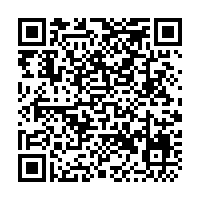