Rabbi David Kushner told the Philly Daily News that Early Thursday, first day of Rosh Hashanah, his Ford Explorer was torched in the parking lot next to the Rodef Sholom Synagogue in Atlantic City.


“We’re trying to look at this situation positively,” Kushnersaid. “The year can only get better from here.”

Optimism is so touching sometimes.

Kushner, who only recently became the Rodef Sholom rabbi, parked the Explorer in the lot Wednesday night, before the services.

When he returned to the synagogue Thursday, he found ashes and scorch marks where the car used to be. The burnt SUV had been mercifully towed away.

Kushner told the News investigators had told him the fire was “suspicious.”

“I think someone picked the car because it was parked at the synagogue during worship,” Kushner said. “It’s almost impossible to say it was a coincidence.”

Kushner said he lost some valuables in the torched vehicle, including equipment he uses as a volunteer EMT in Monmouth County, N.J. But the worst damage was caused to his congregation.

“We have an older congregation, comprised of many Holocaust survivors,” he said. “To see this during the High Holy Days raised emotions in them that haven’t come out for years.” 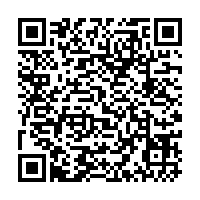