A Bahraini is being sent to prison for rioting and burning an Israeli flag at a pro-Palestinian Authority demonstration held in May 2019, the Bahrain Mirror reported Saturday.

The country’s First High Criminal Appeals Court has declined to hear the case.


The protester claimed he carried out his actions after being incited by a second person who had already been convicted. That person as well had attempted to appeal the verdict and his appeal was also rejected.

The unnamed defendant was sentenced to three years in prison for the conviction on charges of organizing an illegal gathering and rioting in the town of Budaiya on May 30, 2019, in addition to other charges.

The prosecution noted that the accused had deliberately aimed at disrupting the peace in a public place, and used violence to achieve his aim. 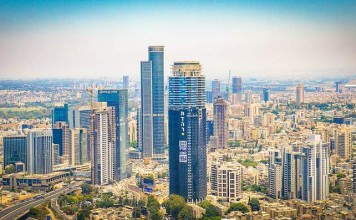