Adam Yauch of the seminal hip-hop group the Beastie Boys has died at the age of 47 after battling cancer.

Yauch, one of three members of the seminal hip-hop group, had been diagnosed in 2009 with cancer in his parotid gland and a lymph node. The news of Yauch’s death was first reported Friday by the website GlobalGrind.com.

Yauch performed in the Beastie Boys under the stage name MCA, along with Adam Horovitz (Ad-Rock) and Michael Diamond (Mike D). Ever since their raucous 1986 debut album “Licensed to Ill,” which fused rap and rock, the Beastie Boys have been enduringly popular.

Yauch was too sick to attend the Beastie Boys’ induction into the Rock and Roll Hall of Fame last month.

Yauch practiced Buddhism and was a leader in efforts to promote the Tibetan cause. In 1994, he co-founded the Milarepa Fund, which organized the popular Tibetan Freedom Concert series.

He is survived by his wife and daughter. 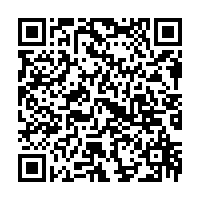