The electric car company Better Place, which had pledged to erect electric car charging stations throughout Israel, filed for bankruptcy in an Israeli court on Sunday.

The company, based in Palo Alto, Calif., fired about half of its staff in October 2012.


Better Place provides charge spots and battery-switch stations for the Renault Fluence ZE, an electric car that went on sale last year in Israel. Fewer than 1,000 of the cars have been sold in Israel.

Better Place had raised more than $850 million in investments since its founding in 2007, but it lost $812 million in 2012 alone and would have needed at least another four years and investment of some $500 million to reach a breakeven point, Globes business daily reported.

“We stand by the original vision as formulated by Shai Agassi of creating a green alternative that would lessen our dependence on highly polluting transportation technologies,” the company’s management said in a statement issued Sunday. “The vision is still valid and important and we remain hopeful that eventually the vision will be realized for the benefit of a better world. However, Better Place will not be able to take part in the realization of this vision.”

Agassi, the Israeli-American founder of Better Place, was ousted by its board last year. Agassi then resigned from the company’s board of directors. 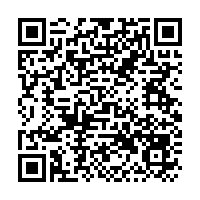