The new exemption, a major savings for the UAE, was to have gone into effect Wednesday (Feb. 3, 2021). It was part of the American sweetener to encourage the UAE to make peace with Israel and sign the new Abraham Accords, but Trump’s signature only came on his final day in office.

The exemption was to have given the UAE a break from the 10 percent aluminum tariff imposed by Trump in 2018 to protect domestic production. The UAE is one of the largest aluminum producers in the world, and the US is one of their largest export markets.

But on Monday, with the stroke of a pen newly inaugurated President Joe Biden reversed the decision and yanked the exemption, claiming, “Imports from the UAE may still displace domestic production and thereby threaten to impair our national security.”

It’s more likely, however, that Biden’s main concern was taking another swing at any success Trump might have had and reversing any action within his power to destroy, regardless of its impact domestically or otherwise.

The damage to America’s credibility and its diplomatic relationship with the UAE is seemingly not being taken into consideration, given the move comes on the heels of a similar action that took place just last week.

The Biden administration “temporarily” suspended the sale of F-35 stealth combat aircraft to the UAE after the transaction had already been approved by President Trump, allegedly “to allow incoming leadership an opportunity to review,” according to a statement by the State Department.

“This is a routine administrative action typical to most any transition and demonstrates the Administration’s commitment to transparency and good governance as well as ensuring US arms sales meet our strategic objectives of building stronger, interoperable and more capable security partners,” the statement continued.

The F-35 deal, worth an estimated $23 billion, was made by the Trump Administration after the signing of the Abraham Accords.

As several Middle East analysts have pointed out, the suspension is guaranteed to lead many in the region to express concerns (or at least have them, if not express them) over the reliability of any alliance with an America led by the Biden Administration.

Those regional leaders who survived still remember the deadly and chaotic results of the Arab Spring that President Barack Obama helped ignite; none wish to repeat the exercise. 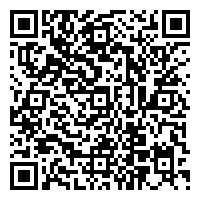