Born in 1931, the son of Jewish parents, Adelman grew up in The Rockaways in Queens, New York.


Adelman was at the forefront of the civil rights movement in the 1960s, frequently together with the Rev. Martin Luther King Jr, whom he called “Doc.”

He had volunteered his services to civil rights organizations at the time, which put him right on the front lines of the movement and placed him perfectly for a future career.

Adelman’s work was seen on the front pages of national newspapers and the covers of national magazines. He was represented by the Howard Greenberg Gallery in New York.

Among his best-known images was the shot of King delivering his “I Have A Dream” speech, right hand raised over his head, shouting “Free at last! Thank God Almighty, we are free at last!” Another famous image is that of King and his wife leading a march from Selma to Montgomery, Alabama in 1965.

But Adelman also covered the war on poverty, the women’s movement and numerous other issues. He did portraits of Andy Warhol, Jeff Koons, Raymond Carter and Samuel Beckett. Adelman published more than a dozen books, including one about the work of Jacques Lowe, the personal photographer of President John F. Kennedy.

Gallery director Karen Marks told The New York Times on Tuesday that Adelman was “one of those guys who wasn’t afraid to get in close to the action.”

That trait is the essential hallmark of the successful news photographer. Baruch Dayan HaEmet. 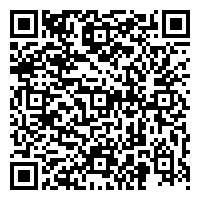