A Border Police officer has been arrested and is being arraigned in a Jerusalem court Wednesday morning on charges of killing a Palestinian Authority rioter near Ramallah on “Naqba” Day five months ago.

Two Arabs were killed in the riot, and media videos at the time did not show the source of the shooting that killed the 20-year-old man at the village of Betunia. The identity of the Border Police soldier has not been released.

The IDF at the time said that soldiers used rubber bullets, but a police investigation indicates that the arrested Border Police officer violated army orders and shot live bullets, one of which allegedly killed the rioter.

It is not clear if the video of the riot shows the Border Police officer shooting at the victim. A building appears to obscure the line of fire.

The arrest raises several issues. On one hand, it shows that Israel, perhaps more than any other country in the world, is secure and moral enough to investigate and prosecute soldiers and policemen who violate orders, even during a life-threatening riot.

On the other hand, it places the IDF Spokesman’s office in a bad light for having stated information that turned out to be incorrect.

In its defense, it can be said that army orders were that live fire not be used, but the arrest of the Border Police officer shows that it cannot always be assumed that everyone follows orders.

Another problem rests with policemen and soldiers, who often have to deal with rioters under strict limits when their lives are threatened. 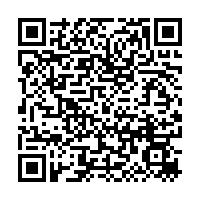