Atef Abu Al-Rub, a field researcher at B’Tselem, made headlines in Israel when an Israeli journalist released video evidence of Al-Rub denying the Holocaust took place. The Israeli journalist, Tuvia Tenenbom interviewed Al-Rub as part of his research for his new book, “Catch the Jew”.


At first, B’Tselem responded to Tanenbom’s account, claiming that it was not an accurate summation of the facts, and that Al-Rub “categorically denies the accusations and states that it is a falsehood and a misrepresentation of the interaction, designed to damage B’Tselem”.

However, on Sunday, October 5, B’Tselem released a statement on their Hebrew Facebook page, acknowledging that the video clearly shows Al-Rub denying the Holocaust ever happened.

“B’Tselem is careful in maintaining the reliability and accuracy of its work and publications. Therefore, we promise to hold inquiry as soon as possible into the incident and we will publish the decision as soon as it is made,” according to the B’Tselem statement.

What this inquiry will consist of, and Al-Rub’s position in the organization in the meantime, was not explained in the statement.

Whether B’Tselem will revisit Al-Rub’s body of work, and question his findings, in light of the current situation still remains unclear. 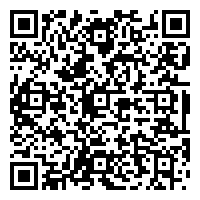