Who can forget that video clip of a University of Missouri journalism (!) professor Melissa Click calling on students to use some “muscle” to block journalists from taking pictures and reporting on student protests at the school’s Columbia campus? What received somewhat less attention was the mob of Missou students who attempted to block a journalist from taking pictures of the protests even before Click got involved.

These students surrounded the reporter, blocked his vision, sought to intimidate him, repeatedly misinforming him about his and their rights. It was a perfect if hideous example of an ugly mob mentality acting on its own uninformed ugliness. Each member of the mob drew strength from his and her peers, each feeling entitled, and then convinced of that entitlement, to treat another human being in a blatantly inappropriate, abusive manner.


At least one legislative body has responded to the recent rush to dump the First Amendment as a “white privileged” concept. A Missouri legislator is seeking to impose a requirement that university students at Missouri public colleges and universities learn a thing or two or more about the very first enshrined right in the Bill of Rights.

If enacted into law, Missouri’s House Bill No. 1637 would require all students attending a two- or a four-year college in Missouri to complete a three credit course on the freedom of speech, both under the First Amendment to the U.S. Constitution and the Missouri Constitution.

The courses that will satisfy this requirement will also include a study of the history of suppression of speech in the U.S. and in other countries, as well as the concept of freedom of inquiry.

The bill invests the Missouri department of higher education with promulgating the necessary rules and regulations to flesh out this requirement.

The sponsor of this bill is Missouri House member Dean Dohrman (R-51). He mentioned the university professor’s effort to enlist students to help block journalists from covering the out of control school protest, when he informed constituents that the First Amendment was under attack..

Dohrman also shared the problematic results of a Pew poll which revealed that a frighteningly high percentage, 40 percent, of so-called millenials – people aged 18 – 34 – would be in favor of banning speech that is offensive to minorities.

That age cohort of Americans in favor of blanket censorship for offensive speech is vastly higher than for older (27 percent for Gen Xers, age 35 – 50) and much older (24 percent in favor of the censorship for Baby Boomers, age 51 – 69) and older still Americans (only 12 percent of the so-called Silent Generation (70 – 87 years old favor the censorship). Dohrman recognized the increase in support for censorship as a problem, and he decided to take action.

Hard to guess what Dohrman will say upon hearing about the column written by a Duke University graduate student in the Duke Chronicle this week. In his column, “Free Speech, Black Lives and White Fragility,” Bennett Carpenter discusses the “diversionary and duplicitous obsession with the First Amendment.”

Carpenter sees the First Amendment as almost beside the point, because, in his view, hateful, racist speech is action, and it needs to be shut down.

The Duke grad student is not willing to call for legislation outlawing hate speech, not because that would be oppressive or wrong, but because he does not trust the legislature, which is inherently racist, to construct the bar correctly. Instead, his preferred method is to turn over the policing of language to anti-racist activists. These are the people whom Carpenter wishes to empower to “calling out and shouting down every expression of white supremacy as we work to build a genuinely free society.”

Here is the video of the Missou students drawing on their mob “anti-racist activist” mentality, doing what Duke’s graduate student of literature and student journalist Carpenter see as a model for speech patrol duty in America.

Some Very Fine People on Both Sides 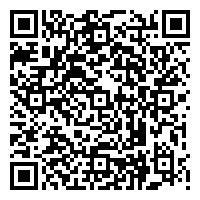