The Commerce Department’s Minority Business Development Agency (MBDA) published a notice regarding a petition it received on January 11, 2012 from the American-Arab Anti-Discrimination Committee (ADC), requesting formal designation of Arab-Americans as a minority group that is socially or economically disadvantaged.

The formal designation of the Arab-American community as a group that is socially or economically disadvantaged would allow the members of this community to receive assistance from MBDA funded programs, such as the MBDA Business Center program.


The ADC petition included information specifically related to social and economic discrimination against Arab-Americans. It cited “discrimination and prejudice in American society, resulting in conditions under which Arab-American individuals have been unable to compete in a business world.”

The ADC claimed discrimination against Arab Americans increased after the terrorist attacks of Sept. 11, 2001.

Some little known facts are included in the ADC petition. For instance, it states that “Arab-Americans have faced discrimination since the late 1800s, similar to most other minority groups. They were treated the same way as many other minority groups in the United States and had specific derogatory names directed towards them. While this discrimination initially did not hinder their ability to obtain American citizenship, the situation changed in 1910 when the U.S. Census Bureau classified Syrian and Palestinian Arabs as ‘Asiatics.'”

According to the ADC, the Bureau of Immigration and Naturalization, which initially considered Syrians and Palestinians as “Caucasians,” subsequently issued a nationwide directive ordering the rejection of citizenship petitions for persons who were not “free white persons” or of “African nativity.” Some courts declared that Syrians could be considered “white” while other courts ruled that they were not “free white persons.”

The MBDA notice alerts the public to the fact that the United States Department of Commerce will consider the petition and requests public comment on the propriety of this designation.

MBDA will make a decision on the application no later than June 27, 2012. 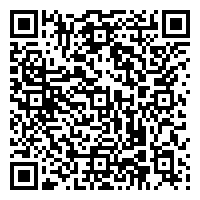