7:06 AM: The Arab who was killed trying to break through the checkpoint has been identified as Badar Achram, and is alleged to be a leader in a Palestinian organization.

A Border Policeman shot at them. One Palestinian is in critical condition, the second was lightly injured.

A policeman was also hit in the leg, probably by a ricochet. The Red Crescent has taken the Palestinians to a hospital in Ramallah.

The policeman was treated on site.

12:42 AM: Additional reports coming in that a Palestinian car ran the checkpoint and shot at the policeman.

12:36PM A policeman was hit in the legs from a ricochet at the El Za’im checkpoint near Ma’aleh Adumim just after midnight Sunday night (Monday morning). He was lightly injured in the attack. A second, unidentified, person is reported as injured in the attack in more serious condition.

MDA is treating the wounded.

No other information is available at this point. 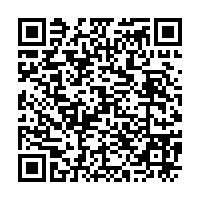