I’ve interviewed Adnan Oktar (also known by his pen name Harun Yahya) in the past and introduced him to the readers of the Jewish Press. He is a prominent Turkish intellectual and religious leader with a mass following, who has communicated and met personally over the past decade with many Orthodox rabbis from Israel and abroad, expressing his friendship to the Jewish nation and his reverence to the Torah.

On Motzai Tisha B’Av I received a note from Mr. Oktar, with a message about Jews, Muslims and the Messiah.


The message began with a note from Oktar’s staff:

We long for the days that we will see the reestablishment of Solomon’s Temple and hopefully we will pray there together in the near future. This will definitely happen as the days of Messiah—Yamot HaMashiach—are imminent.

And this day—Thisha B’Av—will no longer be a day of mourning but joy and celebration of peace, love and brotherhood. Insha’Allah / Be’ezrat Hashem.

It was followed with a few paragraphs by Adnan Oktar himself:

First of all I would like to have the building [Hazrat Solomon’s Prayer House] constructed exactly the same as the one before and I want it to be decorated exactly as it was, with the same beautiful ornaments. I want it to be reinstated with all its glamour, all its beauty. However it would be very useful for it to be very big. I mean it would be best if it can be as big as possible. It would be best if we could adorn the surrounding area with very beautiful gardens, with fruit trees.

The land there is very convenient in that respect, I mean it can be placed just a little away from Qubbat As-Sakhrah, a little ahead of Masjid el-Aqsa. There are very wide, big areas there, those places can be made use. Let us construct and build the Masjid of our blessed Prophet Solomon (Peace Be Upon Him) there, with all its glory insha’Allah… Everyone should be able to perform his own prayers in joy and awe. But it is everyone’s aspiration for that city to be adorned, to be beautified, to regain the magnificent glory it had in the days of the Prophet Solomon (PBUH). Every Christian, every Muslim, every Jew would want that. Let us accomplish that beauty all together.

… It is of course very exciting to remember those beautiful days, to rebuild this beautiful building, this beautiful masjid that is referred to in the Qur’an. This very much excites me as a Muslim and excites other believers as well. It will excite the Christians and also the Jews. Christians, Jews and Muslims, by rebuilding this beauty altogether hand in hand, rebuilding this beautiful masjid, they can be able to worship in it as well. It is a matter of joy. But of course it will be much better if we perform it altogether. Let’s adorn it in the same way as it was before. I would like to see Jerusalem in its most beautiful and brilliant state, just like it was in that period. When this happens we will feel relieved. It will be a joy for us. To live those beautiful days of the Prophet Solomon (PBUH) will give joy to every believer.

Genuine Jews and genuine Muslims should not forget that artificial events ignited particularly in Masjid al-Aqsa are specially planned to distance believers from one another. It is of great importance for sincere believers not to believe in such provocateurs’ inculcation but consolidate brotherhood and friendship among one another. Once the feelings of brotherhood and spirit of unity is strengthened among believers, devout Jews, devout Muslims and devout Christians will pray God in the Haram al-Sharif (Temple Mount) all together in peace. 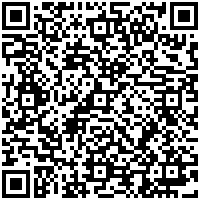